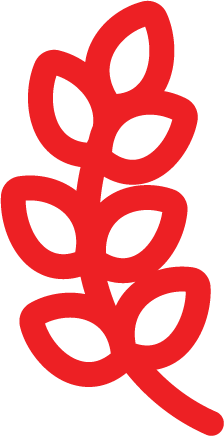 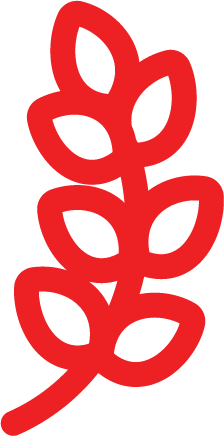 written and illustrated by Yuri Pinzon

A zombie outbreak occurs in the cold mountains of Baguio City, separating 19-year old Max and her brother Kuya. Near the brink of death, Max discovers that her flesh and blood has a chance to cure the zombie virus, but with certain rules that complicate the cure.

written and illustrated by Borg Sinaban

In a realm known as Samalaya, the unsociable young Taren encounters a dragon who lost the ability to fly. As Taren helps the dragon reunite with its kin, a relentless hunter pursues the creature, who believes the fabled beast is the key to everlasting life.

written and illustrated by Dominique Duran

Santi quietly copes with the escalating emotional and verbal abuse from her girlfriend, Emma, as centipedes and maggots begin infesting her space. Her collapsing sense of reality and mounting paranoia is left in the hands of Emma. But Emma claims there’s nothing there.

written and illustrated by Renren Galeno

Members of a devout religious community, sisters Tet, Milo, and Nana are chosen to embark on their greatest rite of passage- a pilgrimage to the sacred city of Santa Crus. As the girls expose themselves to the world outside their secluded community, the sisters must weigh their beliefs against their love for family and community.

The peoples of Myrdath search for candidates for the new Godhark; a group of three who have been chosen to ascend to godhood and effectively replace the dead gods. The destinies of Hisaaru, a bestial warrioress from the East, Emritt, an alchemist from the forests of Myrdath, and Lorassin, a fire-wielding knight from the West, unravels before the world, and must contend with an enemy who seeks to be the one god to end all gods.

After losing her family in World War II, provincial girl Ada sets out to chase her dream of becoming a vaudeville singer. Ada learns the true meaning of loss, and gains hope by reliving the memories of home through song.

written and illustrated by Fred Cabredo

When her estranged daughter returns home with a dying baby, Jalberta, a prideful babaylan (priestess) must search for a healer. Guiding her in this quest are the visions emanating from a mystical paper called Hiraya. But every time she uses the Hiraya, The Order tracks her and is hellbent on taking the mystical paper away from her.

written and illustrated by Milo Galang

In a chance encounter with a daemon, 27-year old Patch’s childhood dream comes true - to be a Demon Soldier, like her childhood anime hero, Aki-chan. She must fight in a new world of monsters, heroes and villains, on top of being able to afford to pay her bills.

Regan, a surfer boy from Siargao gets transported to the the deepest oceans of Sitnalta, and finds out he is from the Kataw bloodline, an elite water warrior race. Will Regan find answers on his journey in this new world underneath his home?

Manila, a hundred years into the future. Beyond the futuristic walls of New Intramuros, a century-old war rages on between the Philippine Mech Force and the hostile biomechs called aswangs. As mech pilot Anya Valerio discovers a dark secret about the war, she and her partner, the timid but brilliant Engineer Chino Jose, must stop the creation of a mega-weapon called Bakunawa, before the consequences become irreversible.

Kidnapped by Iranun pirates, Sabina discovers she is the granddaughter of the Sutan of Sulu. There, she meets a mysterious warrior named Alandal.

Abel Alcazar receives a "very special scholarship" to a high school for supernatural creatures! To make matters worse, Abel gets entangled in a schoolyard rumor that the cafeteria serves human flesh.

Raymond enters a magical balete tree to save his childhood friend Omar who was kidnapped by an enchanting diwata.

written and illustrated by Ruvel Abril

An accomplished painter attends a bizarre art exhibit, where every painting depicts a disturbing event in his life. As he attempts to seek answers, strange events twist his perception of reality.

Doobiedoo asks the funniest questions, but when he asks his parents "What's wrong with me?" — it leads them to discover Doobie has autism. Parenting may be extra challenging, but it also leads to even greater rewards.

written and illustrated by Cat S.

Little Wolf is not afraid of exploring outside her den. But during her first hunt with the pack, she makes a mistake on the field and gets lost. Little Wolf hopes to find her way home.

My Name Is Agung

A boy falls into the underworld with no memories except a name, Agung. And so his journey begins to discover who he truly is.

Toby accidentally swallows a strange stone that ticks when danger is near. While coping with the stone's monstrous side effects, Toby must find the aswang in his sleepy town.

Deos, a misguided street kid, absorbs the collective anger of the Filipino people and gains god-like powers. He hopes to solve his country's third world problems but realizes there are no easy solutions.

written and illustrated by Tori Tadiar

Manila, the Golden Age. Twins Alta and Signa use their mystical ability to catch stars, hoping to sell the stardust to a mysterious patron. The twins discover that catching falling stars has a price, and costs more than what they bargained for.

Cited as one of the best books of 2020, “Tarantadong Kalbo” features an irreverent bald protagonist who gives razor-sharp social commentary during the pandemic-era. Now available in two volumes.

It takes a Kommunity to build Komiket

Want to bring Komiket to your community? Invite us to teach workshops or organize art markets. We'd love to hear from you!